There has been a lot of confusion around the words switch, swap exchange and change. Usually it is for new English learners who seem to have a hard time differentiating these words and using them in the right situation. But don’t worry if you have the same problem this article will make it crystal clear for you how to use these keywords correctly.

Switching simply means replacing something with something else, or moving from one state to another state. The use of this word does not involve a second person for exchanging things unlike swap, one person can switch objects.

Example 1: John switched off the lights; it means lights were on and John changed the state from on to off.

Example 2: I don’t like using Chrome browser, let me switch from chrome to Firefox. So you are replacing chrome with Firefox.

Example 3: I’m wearing a white t-shirt now, let me switch to black. It means you want to take off your white t-shirt and wear a black one, so here you replace white with black t-shirt.

Example 4: I don't want to continue reading here so let's switch to the other page where it explains about the correct use of cleft sentences.

Example 1: Swap normally happens between two people, they want to give and take something to/from each other, usually the items or the actions are identical, although this rule is not set in stone.

Example 2: Now you and your friend have bought two ice creams and you have the strawberry. Your friend has the chocolate, now you suddenly regret why you didn’t buy the one with chocolate flavor and it’s too late because you have already bought it. So here you may ask your friend, hey Emma can we swap our ice creams, I am suddenly craving for chocolate.

The word exchange is mostly confused with swap, in the essence they both mean quite the same but normally we use the word exchange when we want to trade things, they could be two different items, or in the same category, like money exchange, coin exchange. But swap doesn’t convey the act of trading.

Example: In the old times people used to trade their possessions, for example David gave a cow to his neighbour in exchange for their chickens.

Although the word change is not really related to the three other words above, we have seen a handful of beginners use this word instead of swap which is wrong.

If you want to sit on your friend's seat then you should not tell him let’s change our seat, use the word swap.

But what does it mean really if you tell your friend let’s change seats?

Let’s say you are in the classroom sitting with your friend at the end of the class and you can’t see the board clearly, then you tell your friend, let’s change our seats and move to the front row. I can’t really see the board.

Of course in another common scenario if your chair is broken you just want to change it and you are not going to sit anywhere else, here you can also use the word switch instead of change.

Hopefully you understood what are the differences among switch, swap, change and exchange, but remember that these rules are not always fixed, people sometimes use them interchangeably in daily conversation. 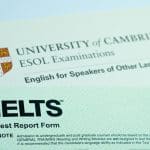